TOP
BIOPHILIC DESIGN: THE BENEFITS OF HAVING NATURE NEXT TO YOU - Elpo
16740
post-template-default,single,single-post,postid-16740,single-format-standard,eltd-core-1.2.1,awake-ver-1.5,eltd-smooth-scroll,eltd-smooth-page-transitions,eltd-mimic-ajax,eltd-grid-1200,eltd-blog-installed,eltd-default-style,eltd-fade-push-text-top,eltd-header-standard,eltd-sticky-header-on-scroll-down-up,eltd-default-mobile-header,eltd-sticky-up-mobile-header,eltd-menu-item-first-level-bg-color,eltd-dropdown-slide-from-left,eltd-,eltd-fullscreen-search eltd-search-fade,eltd-side-menu-slide-from-right,wpb-js-composer js-comp-ver-6.0.3,vc_responsive

Elpo / Blue  / Living  / BIOPHILIC DESIGN: THE BENEFITS OF HAVING NATURE NEXT TO YOU 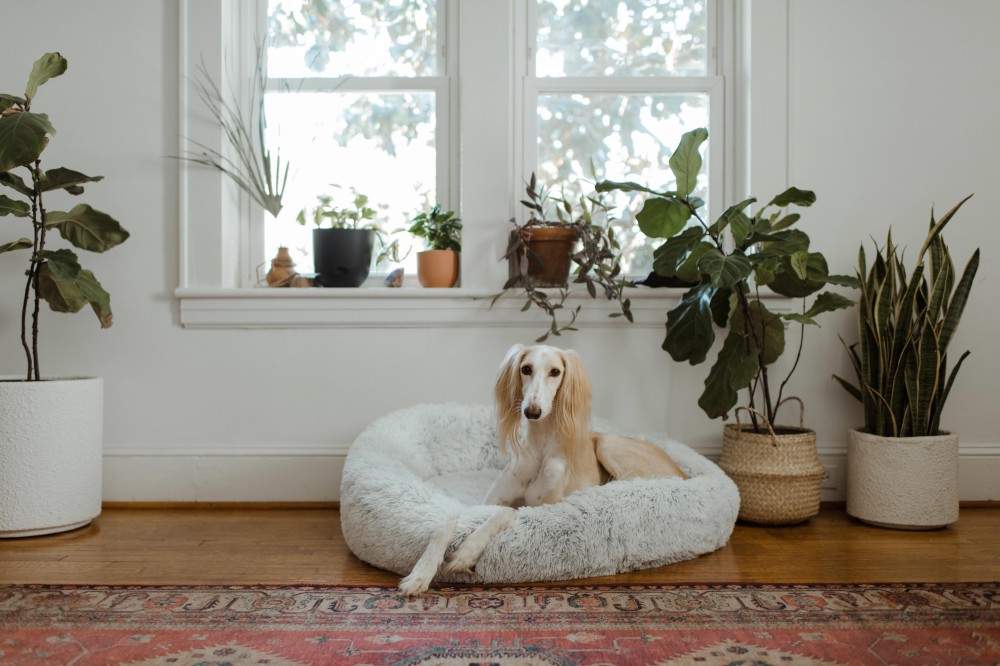 BIOPHILIC DESIGN: THE BENEFITS OF HAVING NATURE NEXT TO YOU

It is a complicated relationship between people and nature. On one hand we have cleared the jungles for farmland, paved the meadows for parking lots and made ourselves caves of concrete to live and work in. On the other hand we’ve made parks in the middle of the busiest cities in the world, we spend a lot of money and time to visit the most beautiful natural vistas, and we even bring nature indoors as houseplants that take care and effort. There is indeed an instinctual pull towards the green and natural. And, thankfully it is a beneficial instinct, not like the pull towards fatty, sugary foods. The craving for natural a.k.a. biophilic design comes with a positive impact on both body and mind.

The principle of gardens as places of mental restorations is probably as old as civilization itself. It is known in writing that in 9th century Europe the monasteries were usually made with a garden. These green spaces had plants for beauty, but also many herbs chosen for their fragrance and use in healing and cooking. Gardens brought a place for meditation and mental renewal. Going forward in time, hospitals (at least the better ones) were made with spaces, where the patients could get fresh air and sunshine. The benefits of garden work were also noted on the mental wellbeing of patients. The mother of nursing, Florence Nightingale, in her notes on nursing wrote that “People say the effect is only on the mind. It is no such thing. The effect is on the body too.”

These days it is well known that parks improve the property value around them, and they can be tourist destinations in themselves. There is a whole industry dedicated to greenery both outdoors and inside. And it is not only because plants are just so pretty. There are scientific studies that prove that the closeness of nature improves the pain tolerance of patients and improves their health outcomes. Parks in urban environments, and to some extent, the proximity to them, improves the subjective wellbeing, and particularly the physical and community wellbeing of the people living inside the city of those parks.

Most of our lives are spent indoors (~90%), so the benefits of the proximity to nature are greatest timewise when biophilic design is used indoors. There has been a clear link between viewing natural imagery and improved wellness. There is an increase of productivity, concentration, mood, emotional functioning and even self-esteem. This effect is boosted when nature is not only visual, but real, like houseplants, green walls and windows showing the natural panorama outside. This impact of biophilic design is also inflated when people can choose the decorum themselves. Interestingly, the increased diversity of the plants shows a greater benefit than increasing the visible area of the vegetation.

One lesser known effect of plants having plants indoors is their impact on microbial diversity in the air. While it is a scary thought that vegetation brings germs indoors, they actually increase the diversity of microorganisms, which otherwise are made from human emitted microbes, pathogens included. Therefore it is possible that plants lower the probability of the room’s inhabitants getting sick.

In conclusion, while humans have escaped nature into our self-made concrete jungles, it is still a necessary part of our wellbeing. Even a small, self-chosen houseplant on your work desk can bring a little peace and happiness we could otherwise miss.

Any cookies that may not be particularly necessary for the website to function and is used specifically to collect user personal data via analytics, ads, other embedded contents are termed as non-necessary cookies. It is mandatory to procure user consent prior to running these cookies on your website.